Within the LMC (Large Magellanic Cloud) a big number of complex nebulosity areas is situated such as the Tarantula Nebula and the NGC2014/2035 area. This special nebula area was discovered in the 19th century but to visual observers, it appeared to be several separate parts, so there are several separate NGC numbers as NGC 1962, 1965, 1966, 1970. The most common designation that is used for the central cluster and nebula is NGC 1966 as this refers to the central part.

The central cluster also has the name of LH 58 and the nebula is also separately known as N144. The small blue bubble near the centre is a Wolf Rayet nebula. It has a size of 49 arcseconds and was discovered in 1994. It surrounds the Wolf Rayet star HD 269546, which is also known as BAT99-42 and Brey 34. This star is actually a binary, which also contains a B-type supergiant star. The image also includes a small part of the large nebulae DEM L203, DEM L210 and N140. 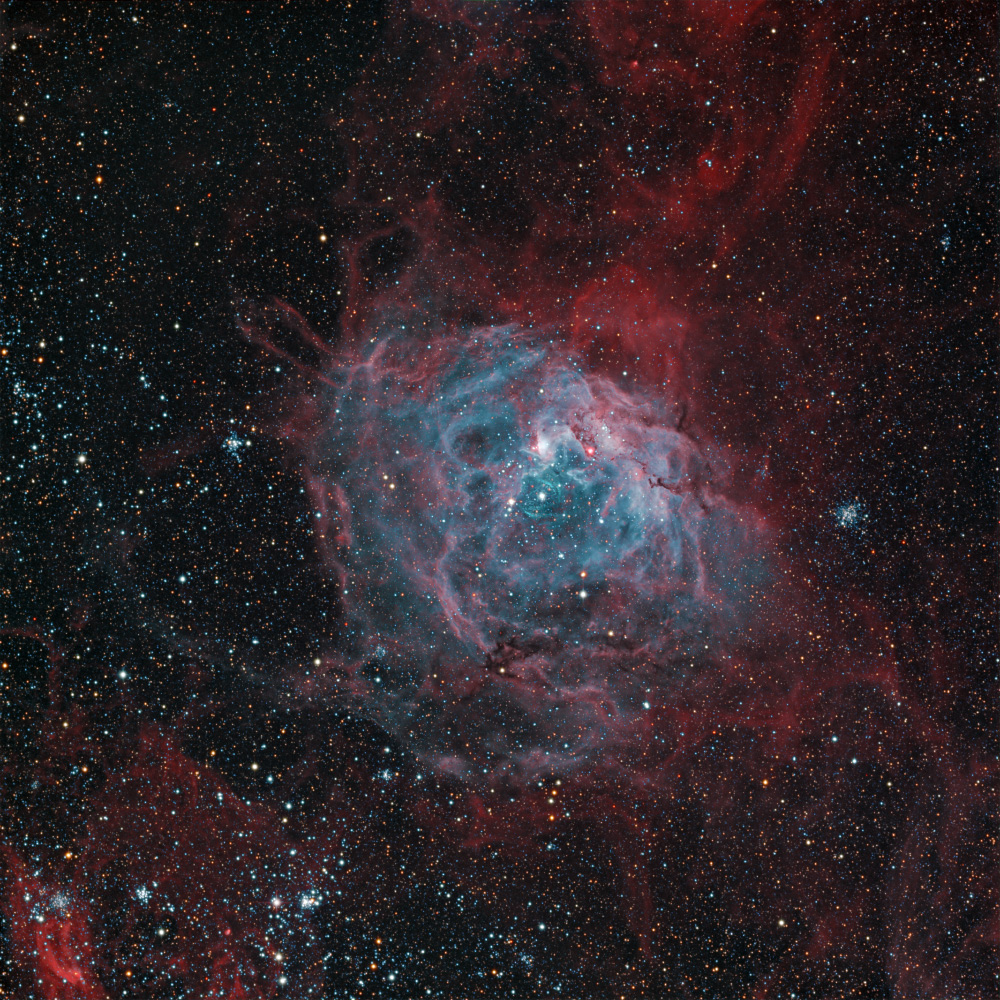 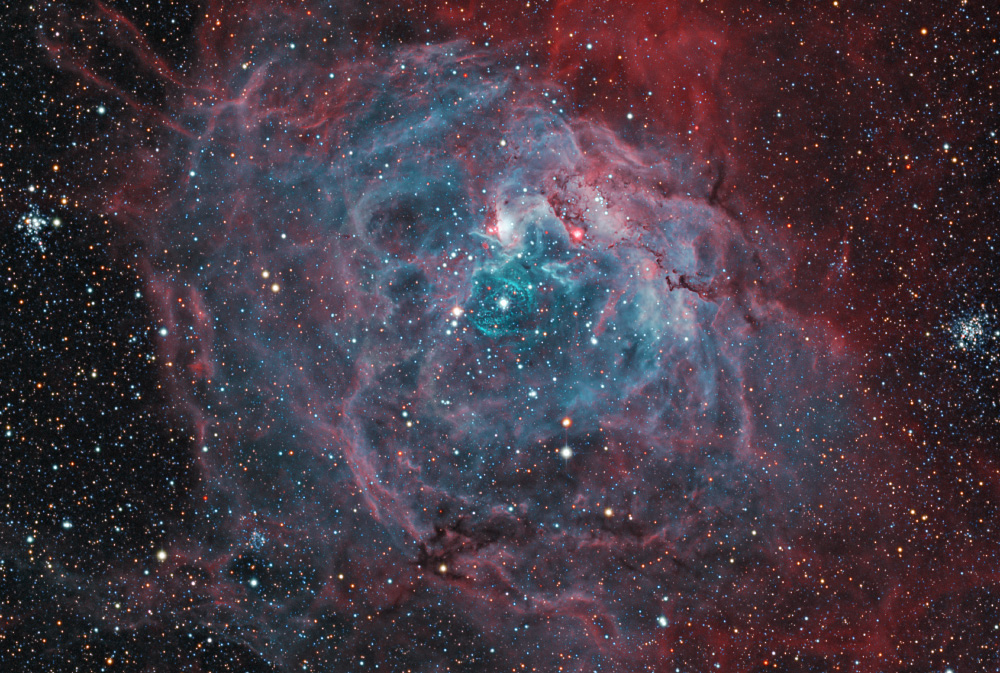 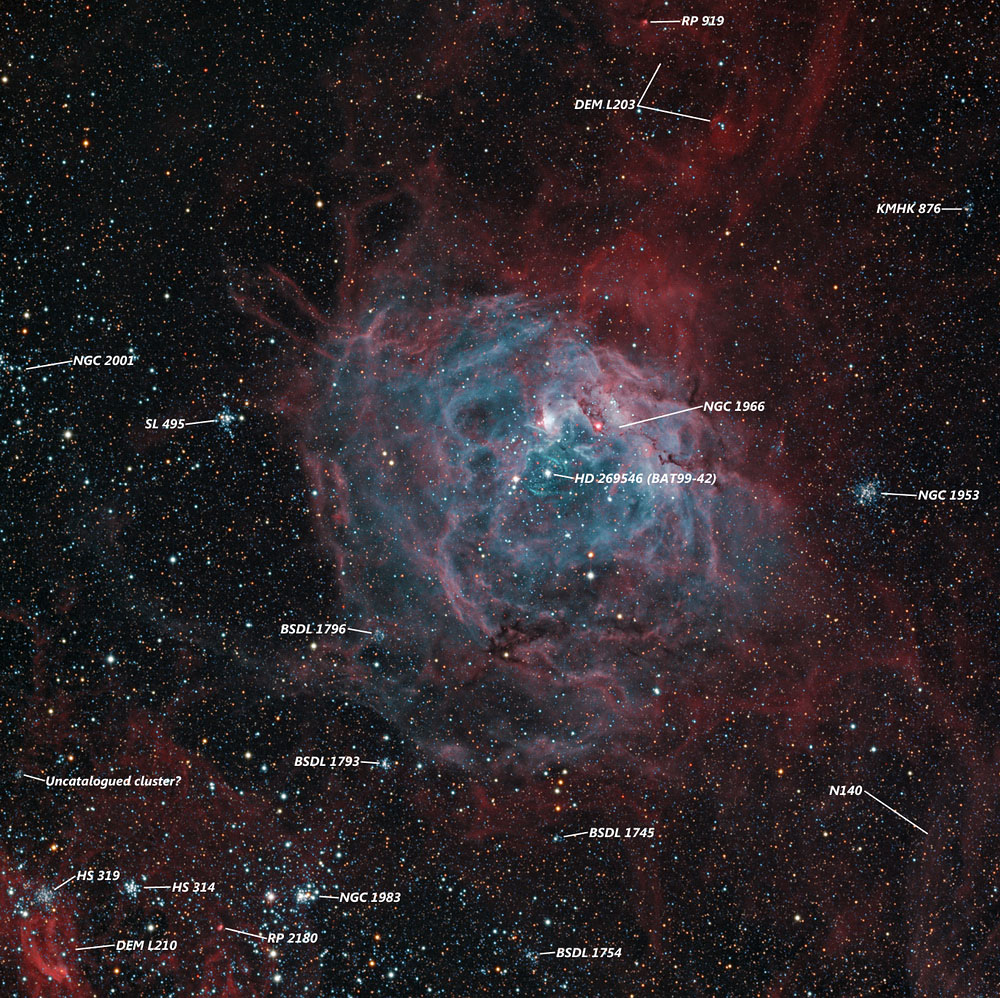