The Tarantula Nebula also known as 30 Doradus is a bright H-II/O-III region in the Large Magellanic Cloud (LMC). It is the most active starburst region known in the Local Group of galaxies. It is also one of the largest such region in the Local Group with an estimated diameter of 200 pc. At its core lies the compact star cluster R136 that produces most of the energy that makes the nebula visible. The estimated mass of the cluster is 450,000 solar masses, suggesting it will likely become a globular cluster in the far future. The color is dominated by strong O-III emission near the center and more H-alpha emission in the outer areas. 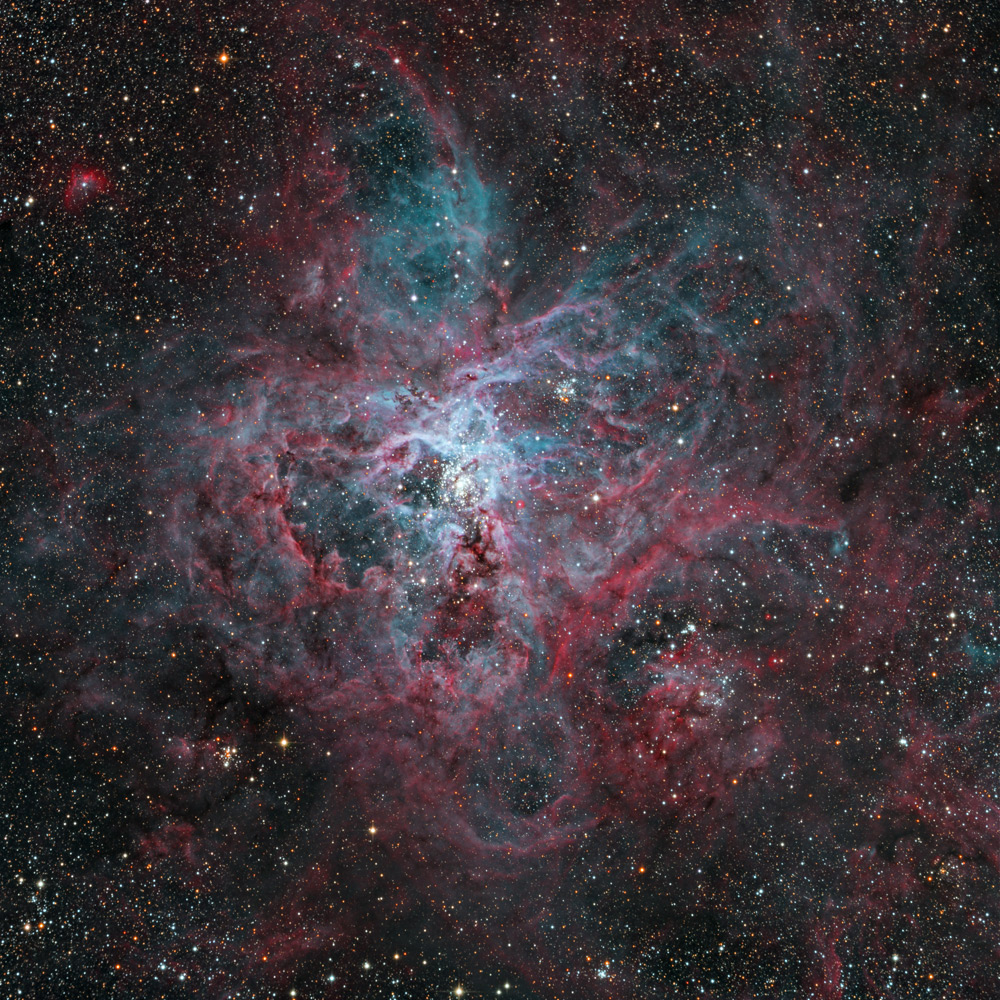