NGC 2359, also know as Thor's Helmet is an emission nebula located in Canis Major, at a distance of about 15.000 light years. In contrast to typical emission nebulae, in which hot, young O type stars ionize the gas cloud, from which they have formed, much of the gas surrounding the Wolf-Rayet star HD 56925 originates from the star itself. The mechanism for this is similar to the process, in which planetary nebulae are formed. Wolf-Rayet stars are thought represent the final stage in the evolution of massive and super massive stars (> 20 solar masses), before exploding as supernovas. These stars lose mass at a prodigious rate, in effect shedding most of their hydrogen and exposing the very hot stellar core. The gas is ejected at high speeds and plows into the surrounding interstellar material, forming the intricate knots and shock bows seen in the photo. The intense ultraviolet radiation from the exposed core visualizes the process by ionizing and thus illuminating the surrounding material. Wolf-Rayet stars are extremely rare. Only a few hundred have been identified so far. This is remarkable, because if their high luminosity, they can be identified at intergalactic distances. This is due to the fact that very massive stars themselves are quite rare and with increasing mass, the stars consume their fuel at an ever higher rate, giving them very short lifetimes, in which to make an appearance on the stellar stage. 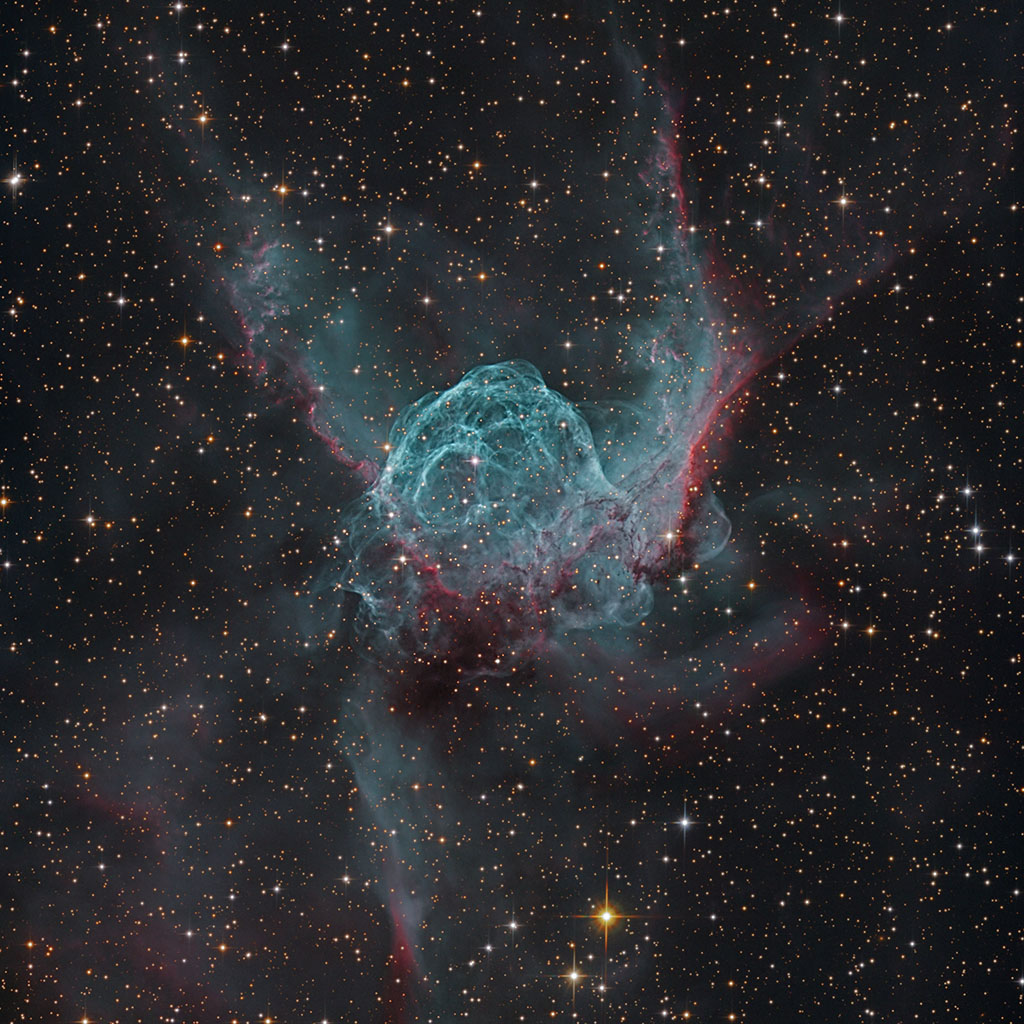 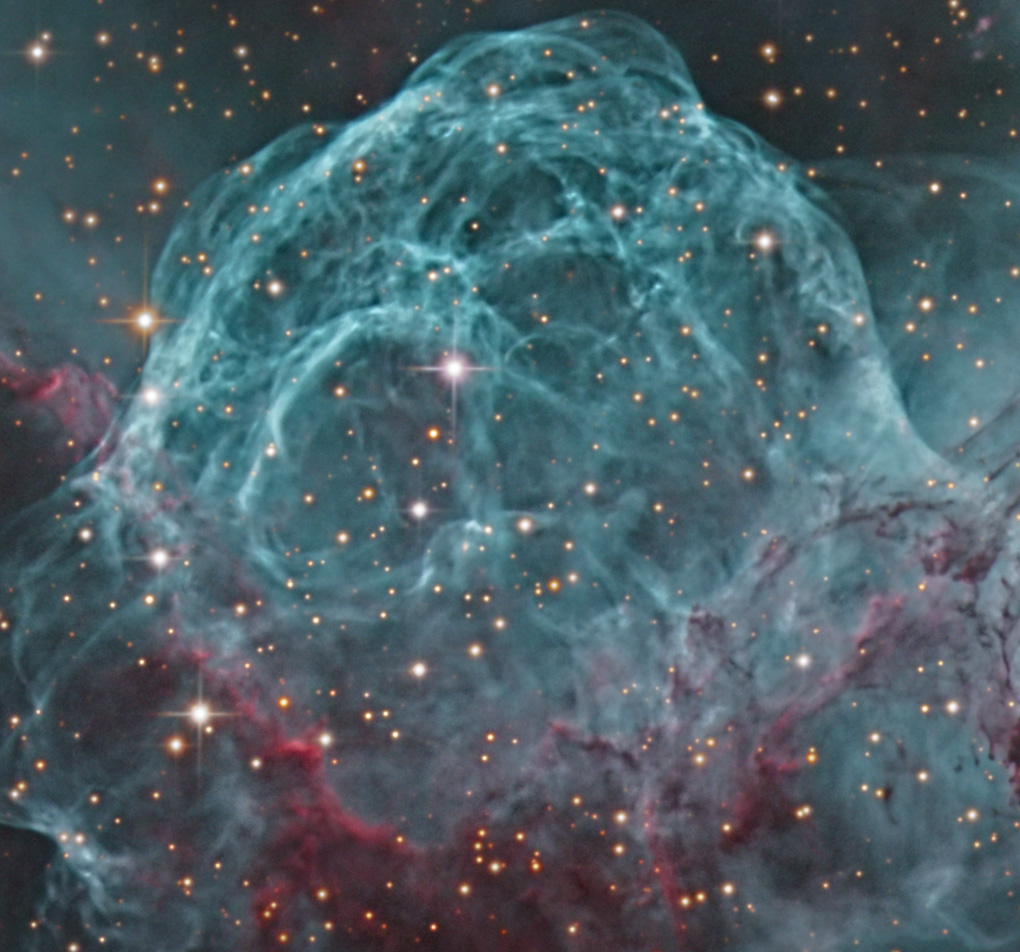 The northern filament at 100% 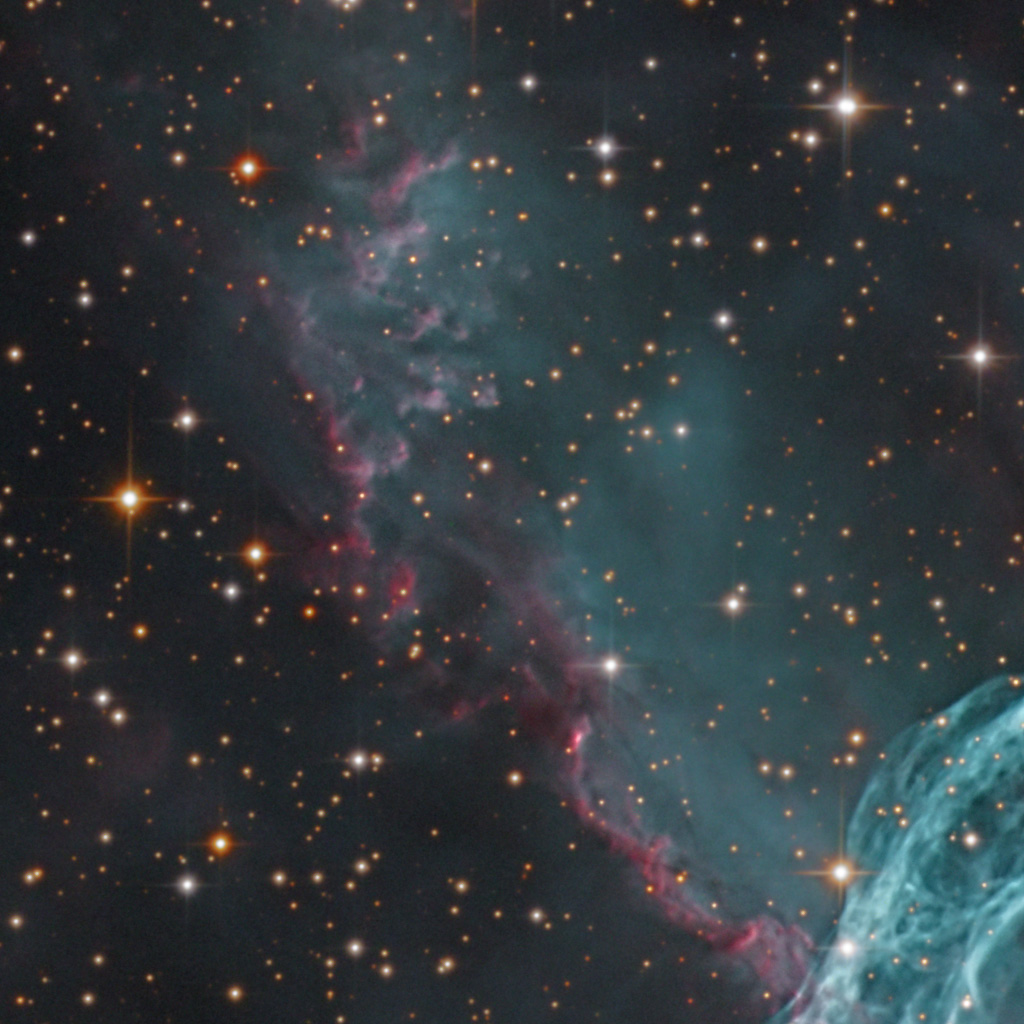 The southern filament at 100% 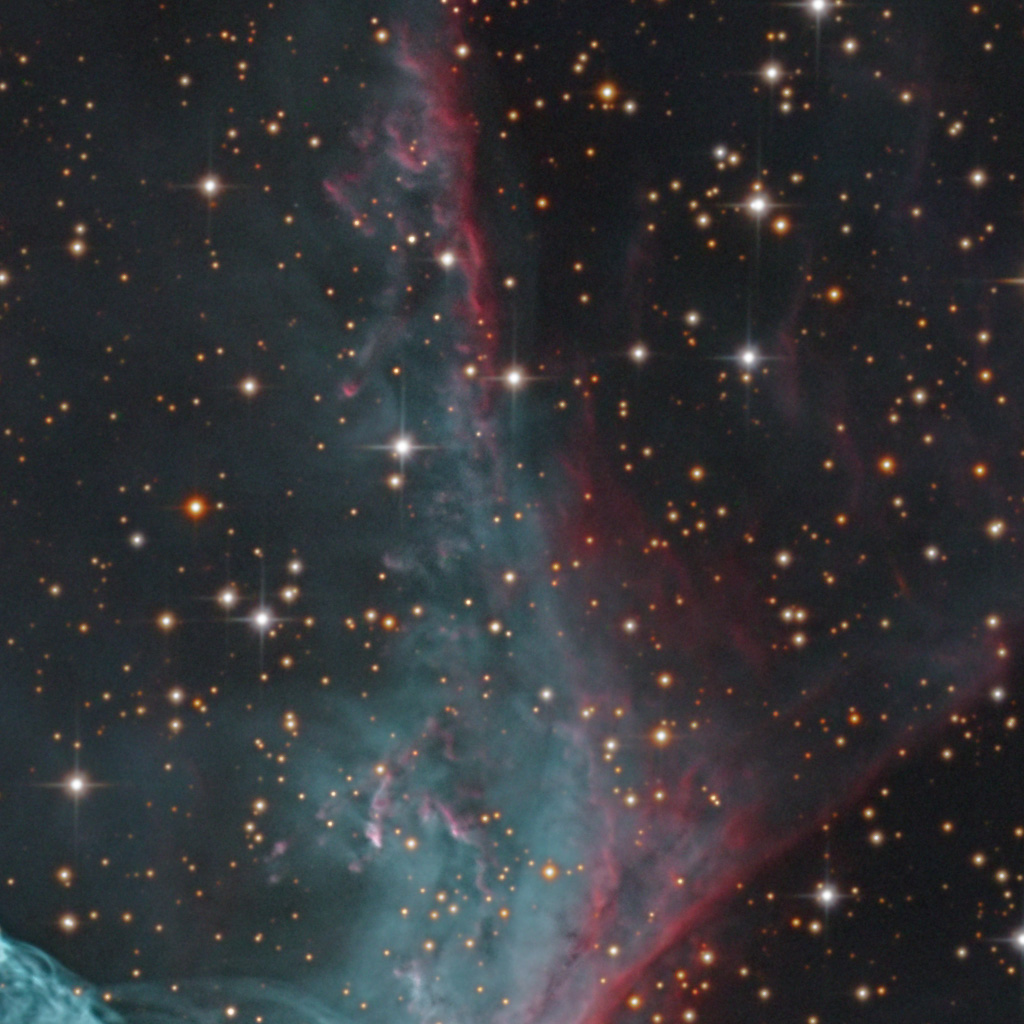