This extremely rich galaxy field is situated at a distance of 650 million light years in the constellation Centaurus.
At the centre of the image is an enormous elliptical galaxy (ESO444-46) with a diameter larger than 340 000 light years, part of of the galaxy cluster Abell 3558.
Also known as the Shapley Concentration it contains at least 25 clusters of galaxies, and has the mass of approximately 10,000 Milky Way galaxies, concentrated in a volume of space comparable to our own Virgo Supercluster.
It is the largest known concentration of matter in the observable Universe. The Local Group with the Milky Way as part of it is as whole moving towards Centaurus at a speed of between 240 and 480 km/sec relative to the Cosmic Microwave Background. They called this anomaly the Great Attractor. In fact, recent observations show that the Great Attractor region has only about 10% of the mass it was thought to have, and that most of the anomalous motion of the Local Group is due to the Shapley Supercluster that lies behind it. In addition, it is possible that there is an even larger concentration of mass beyond the Shapley Concentration that has not yet been discovered.
Objects down to mag 26.8 can be identified in this very deep image, about one hundred thousand faint and faintest visible galaxies in a bare 0.13 square degree.

Explore the Image in 25/100% size below, in 60% size here and an inverted version at bottom 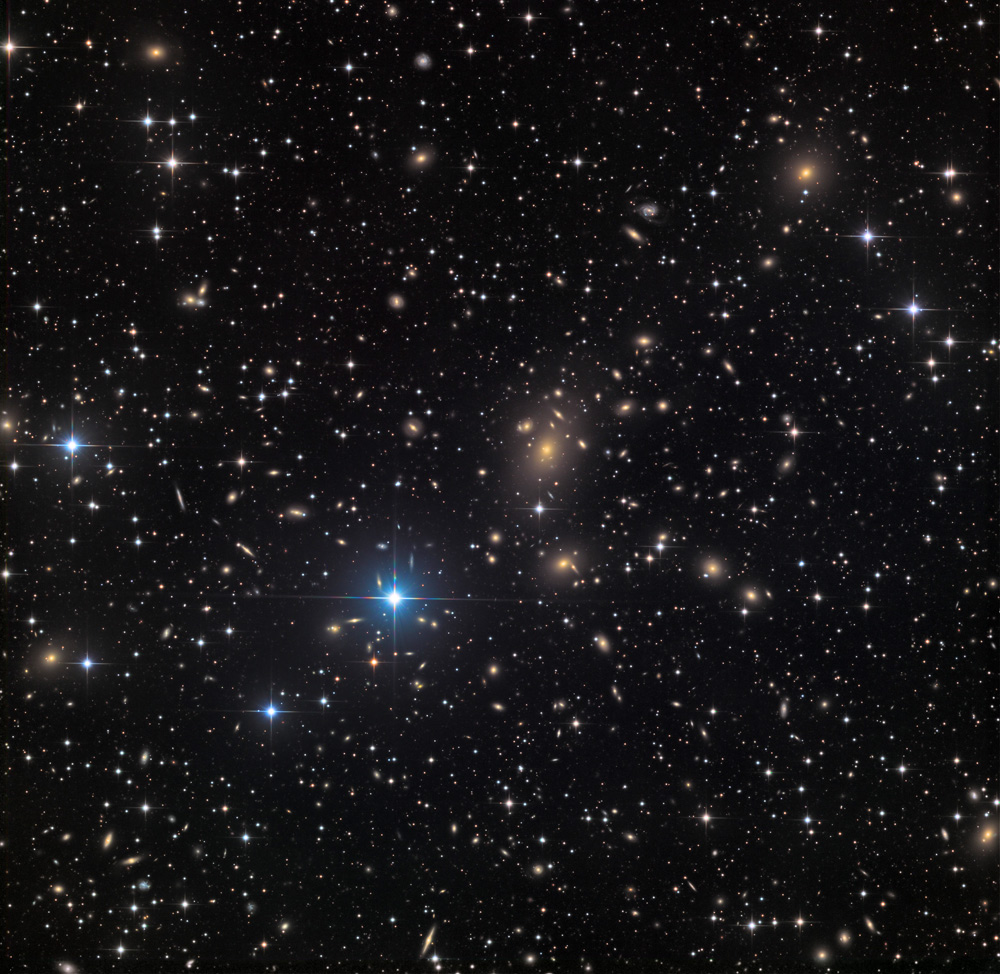 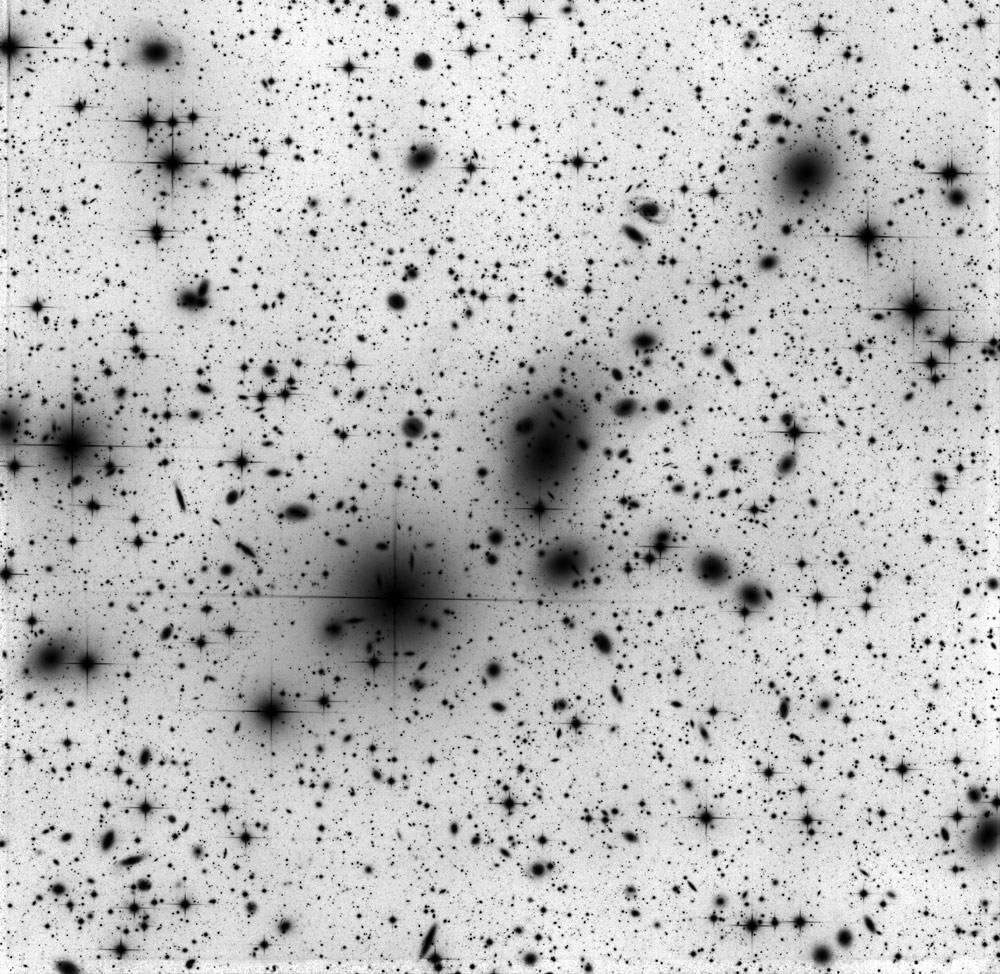