The NGC6752 Globular Cluster lies around 13,000 light years distant and is one of the closer globular clusters to Earth. It also lies 17,000 light years away from the galactic centre.

It has been calculated to be 11.78 billion years old. There are a large number of binary stars in the system, as well as blue stragglers, which are likely to have been formed by collisions and mergers of smaller stars. The apparent magnitude of the cluster is 5.4, so it can be seen with the unaided eye, it is the third brightest in the sky. 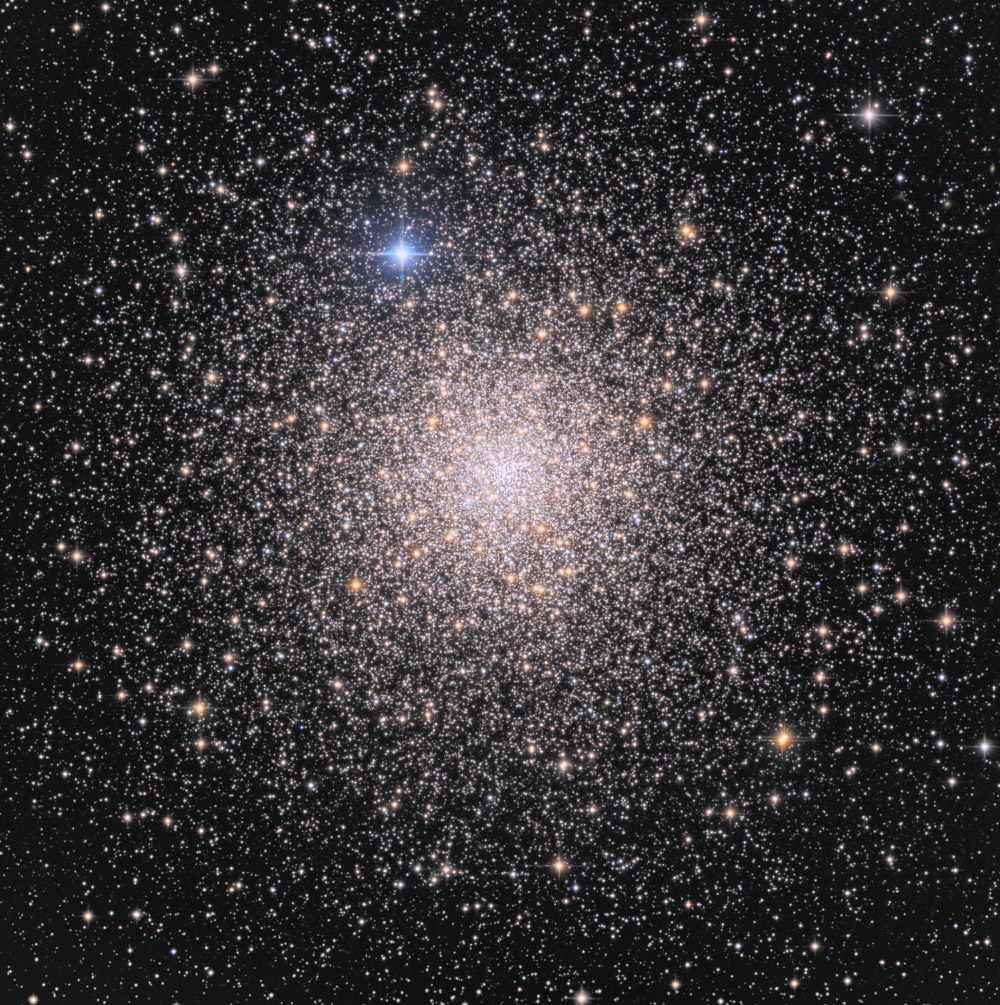