The barred spiral galaxy NGC 6872 near the center is comparatively distant, almost 300 million light-years away. It extends over more than 7 arcmin in the sky and its real size is thus nearly 750,000 light-years. It is in fact one of the largest known, barred spiral galaxies. It is accompanied by a smaller close interacting galaxy, IC 4970. 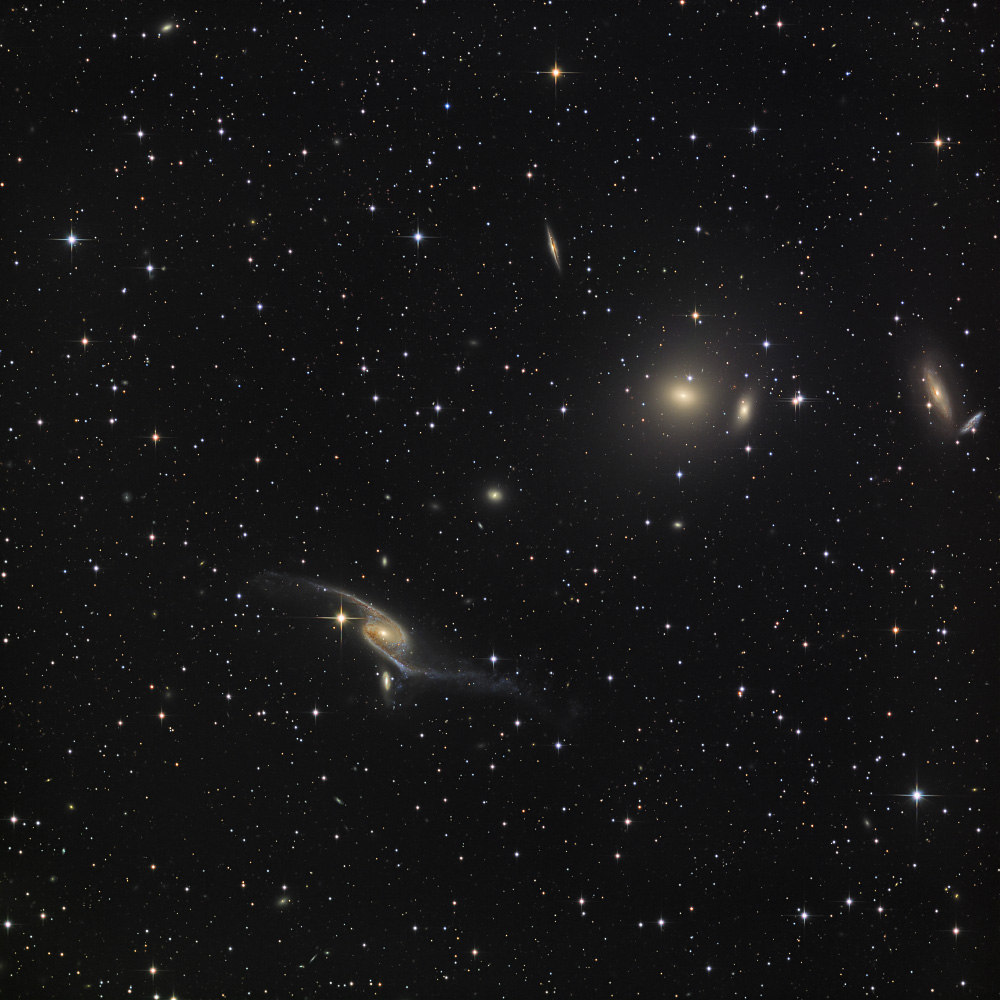 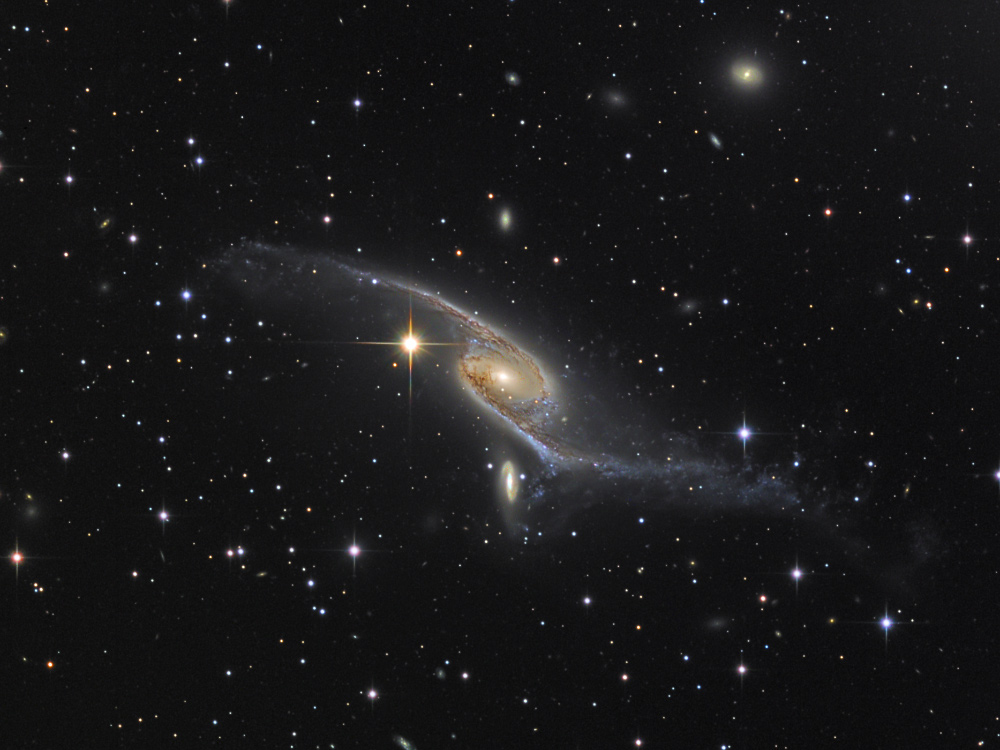 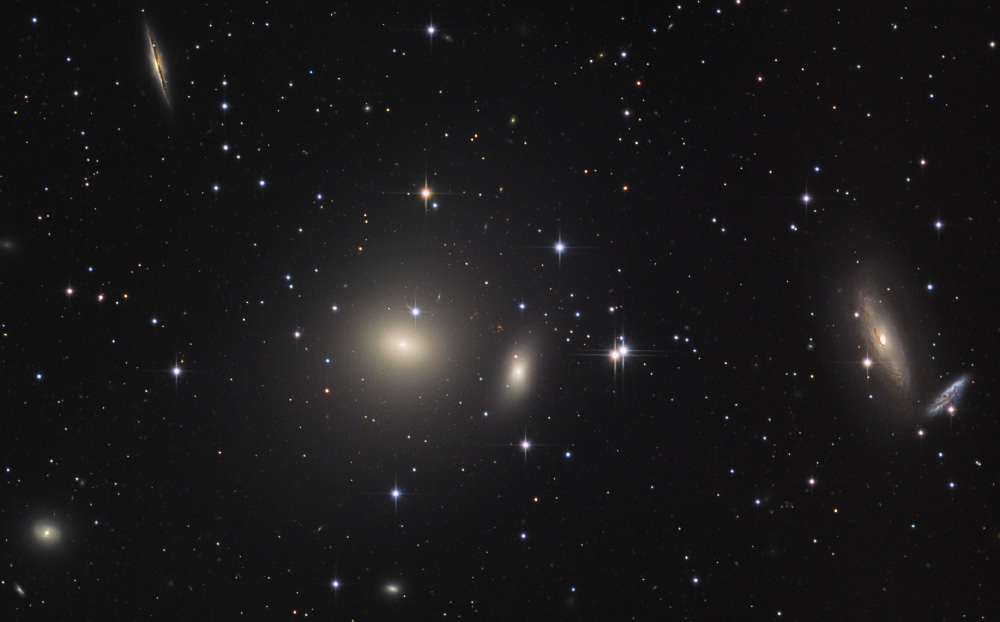