The Helix Nebula is a vast glowing cloud of Hydrogen, Nitrogen, Oxygen, and other elements some 500 light years away toward the constellation Aquarius and spans about 2.5 light-years.

The nebula is made up of gas ejected from a (blueish) dying star, which is located in the center of the nebula. The center part of the nebula shows many of drop-like "knots," which are formed when hot gas thrown off from the surface of the star collides with the cooler surrounding material. The Helix Nebula is one of the closest and so one of the apparently largest planetaries known: Its apparent size covers an area of 16 arc minutes diameter; it's halo extends even further to 30 arc minutes (almost the moon's apparent diameter). It is an example of a planetary nebula created at the end of the life of a Sun-like star.

Further information on this nebula:
Extended emissions around the Helix: 1.
Helix structure and knots: 2.
Creation of the Helix: 3. 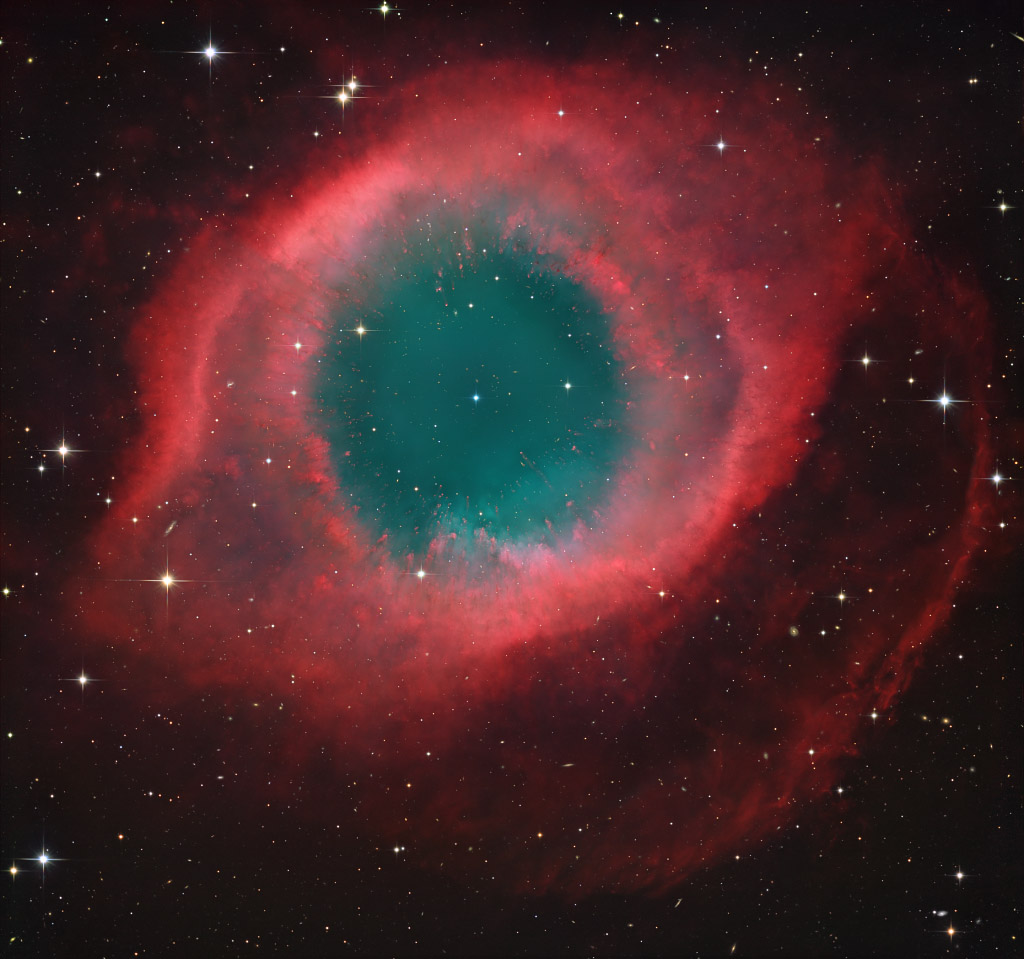 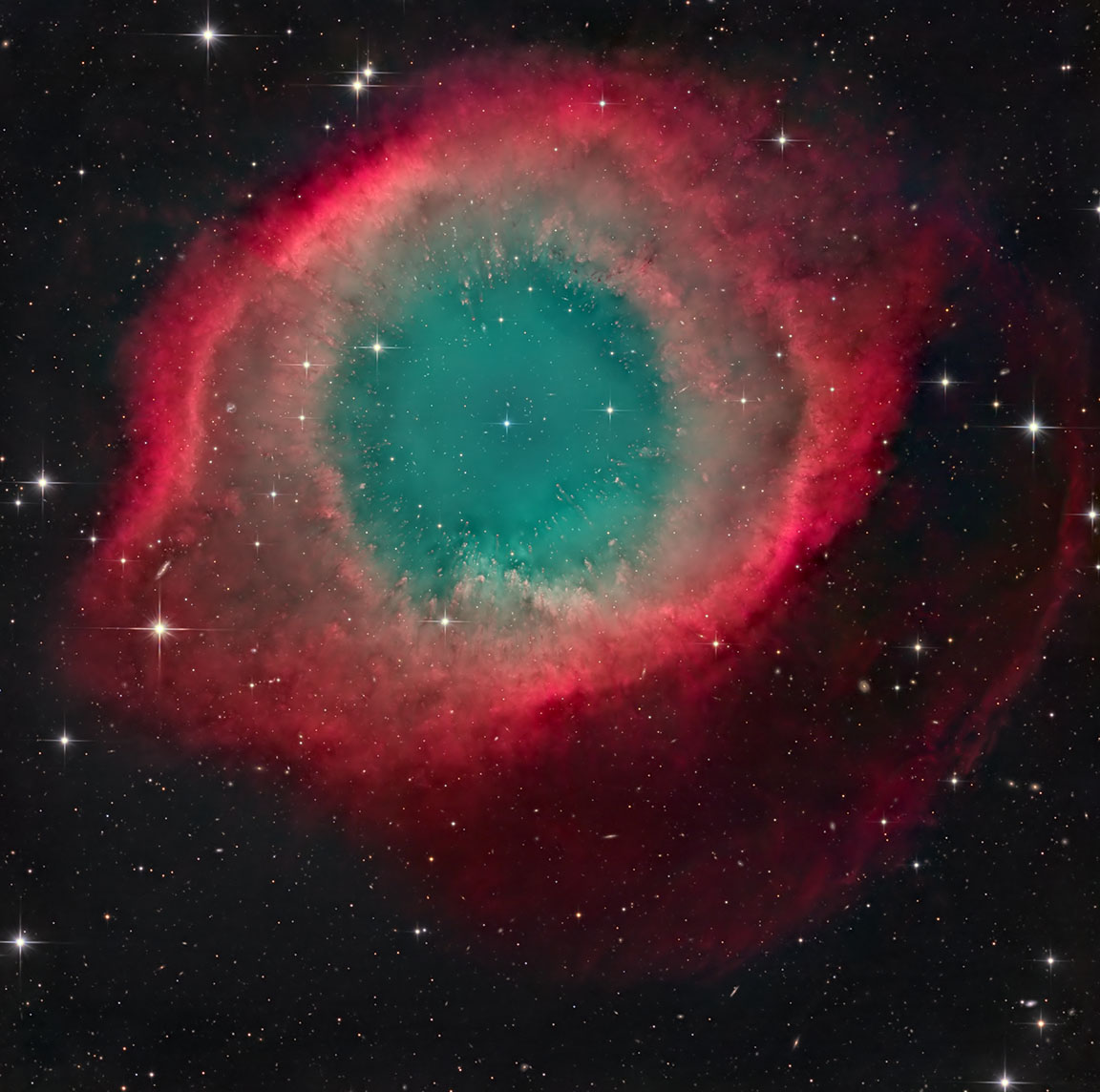 Many background galaxies are shining through the relatively faint glowing gas, one of the brighter ones can be seen at 8 h above a bright foreground star, a crop of this area in 150% size is showing internal structures of this galaxy as below: 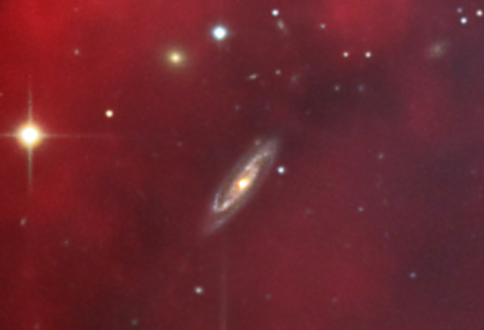 NB bicolor Version Ha-OIII-OIII (720:560 min) below  This Version is showing the radial streamers that are dominant in the OIII channel, processing by Johannes Schedler 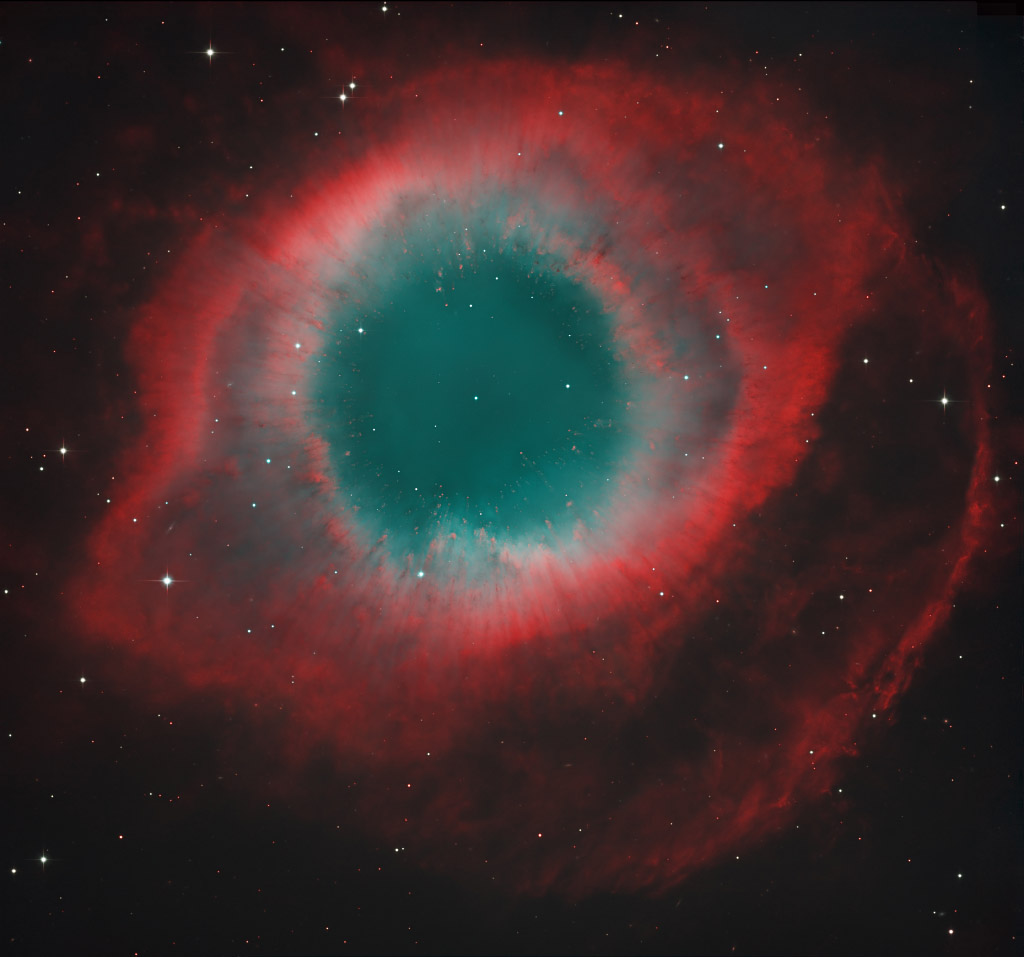 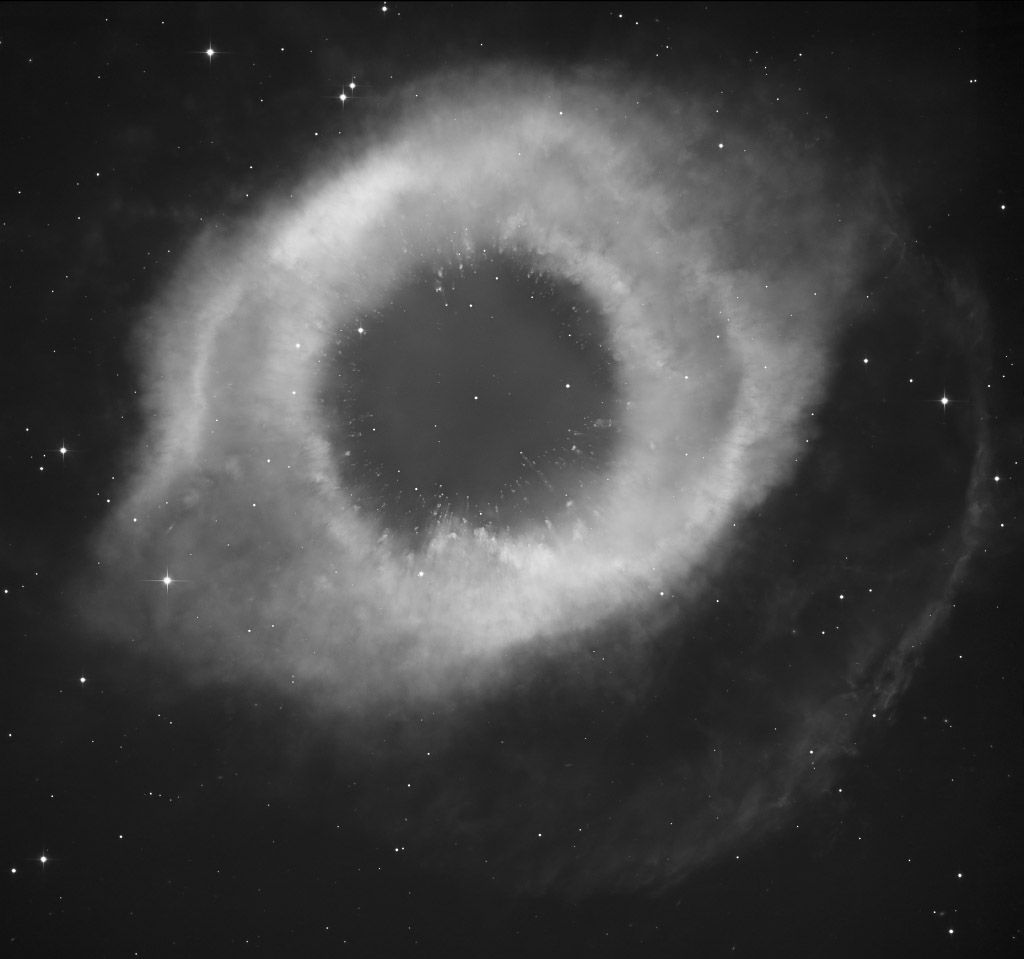