Longmore 16 is a faint but complex Planetary Nebula in the constellation Scorpion.
It is one of the more exotic southern planetary nebulae catalogued by Andrew Longmore in 1977.
It is moderately bright with a magnitude of 13 and it is possible to be visually observed in large telescopes.
Although it has not been studied much by professional astronomers, it has many interesting properties.
Long term monitoring of its central star has shown it to be a binary. Previous binary related studies have shown that binarity is accompanied by
kinematical morphological traits including bipolar jets or other structures produced known as fast low-ionization emission regions (FLIERs).
The high excitation planetary nebula Longmore 16 consists of a predominantly [OIII] shell with a size of about 1.5 arcminutes.
It is known to possess a bipolar jet with a length of 3.5 arcminutes, which is visible with Ha.
The main central shell is crisscrossed with multiple elongated Ha patches that seem to be aligned with the central star.
These are likely to be FLIERs, which are produced as a result of outflow activity and therefore have high speeds, which suggests they have a younger age than the main PN shell.
The oldest part of Longmore 16 might be the bipolar jet as usually the structures that are located furthest from the centre have the oldest age as they are likely to have been produced the earliest.
Caption by Sakib Rasool 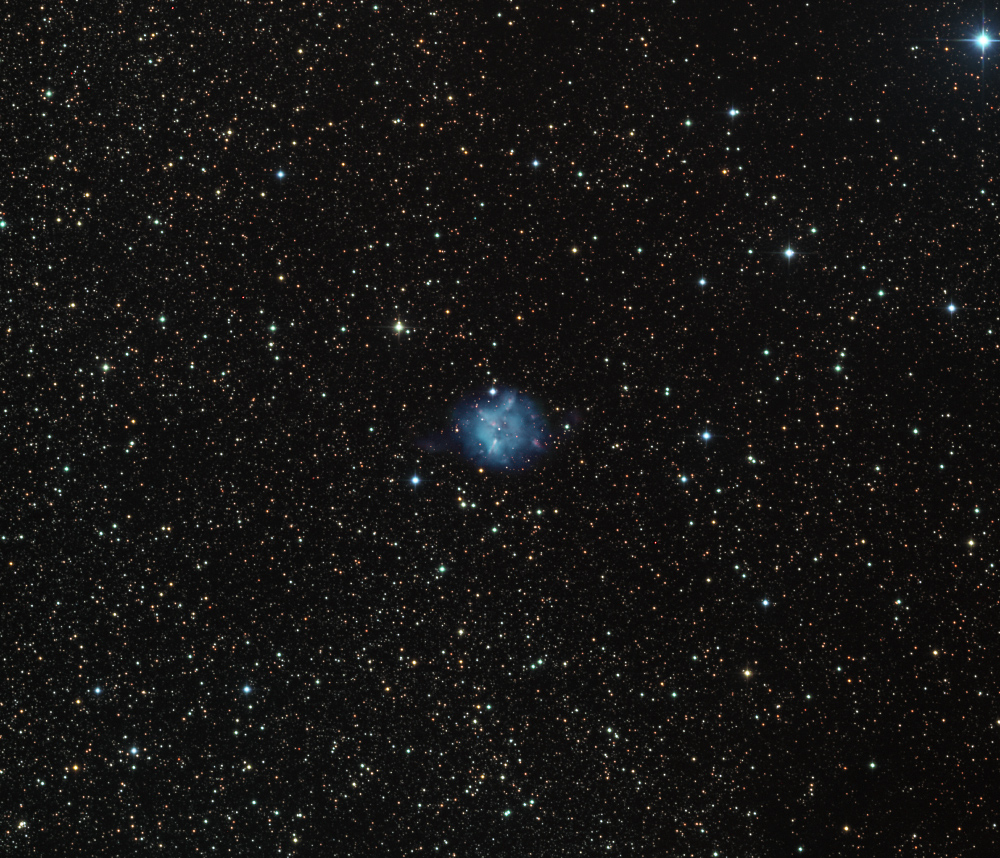 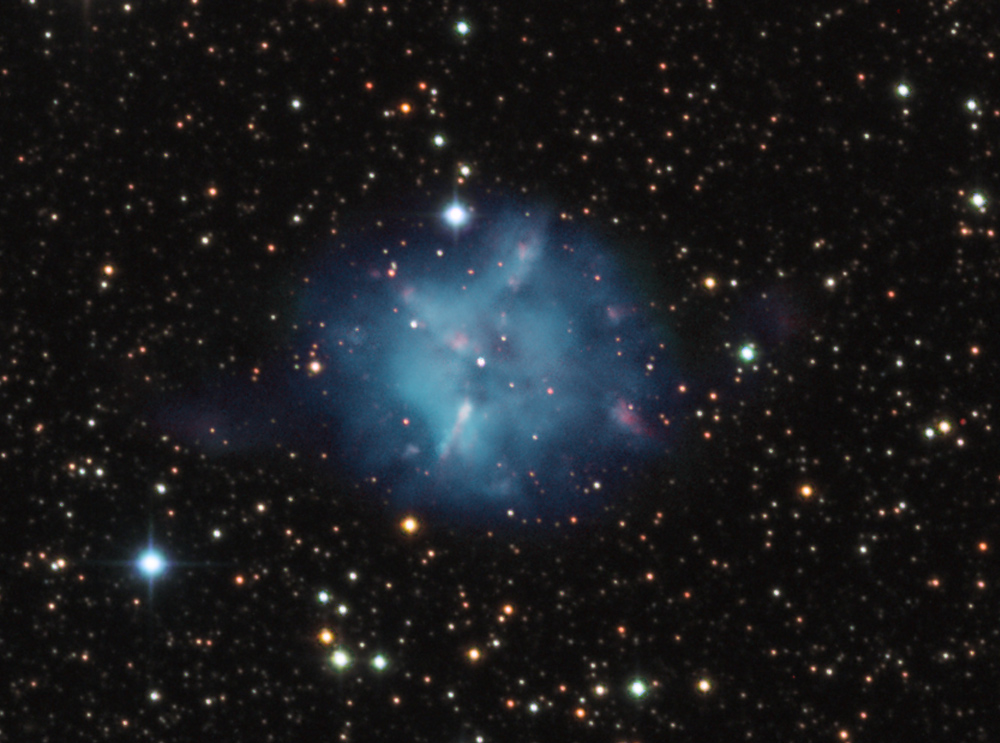