R-Aquarii Symbiotic Nebula in Aquarius R Aquarii is a symbiotic star believed to contain a white dwarf and a Mira-type variable in a binary system.
The orbital period is approximately 44 years. The main Mira-type star is a red giant, and varies in brightness by a factor of several hundred and with a period of slightly more than a year.
It has a distance of about 200 parsec, and is one of the nearest symbiotic stars and a well known jet source. By its gravitational pull, the white dwarf draws in material from the red giant
and occasionally ejects some of the surplus in weird loops to form the nebula seen in the linked image.
The whole system appears reddened because it is situated in a very dusty region of space, and its blue light is absorbed before reaching Earth.
The giant primary star is a Mira variable, a star that pulsates and changes temperature, leading to very large visual brightness changes.
The total brightness range is between 5.2 – 12 mag. The pulsations occur every 390 days but are not entirely regular. 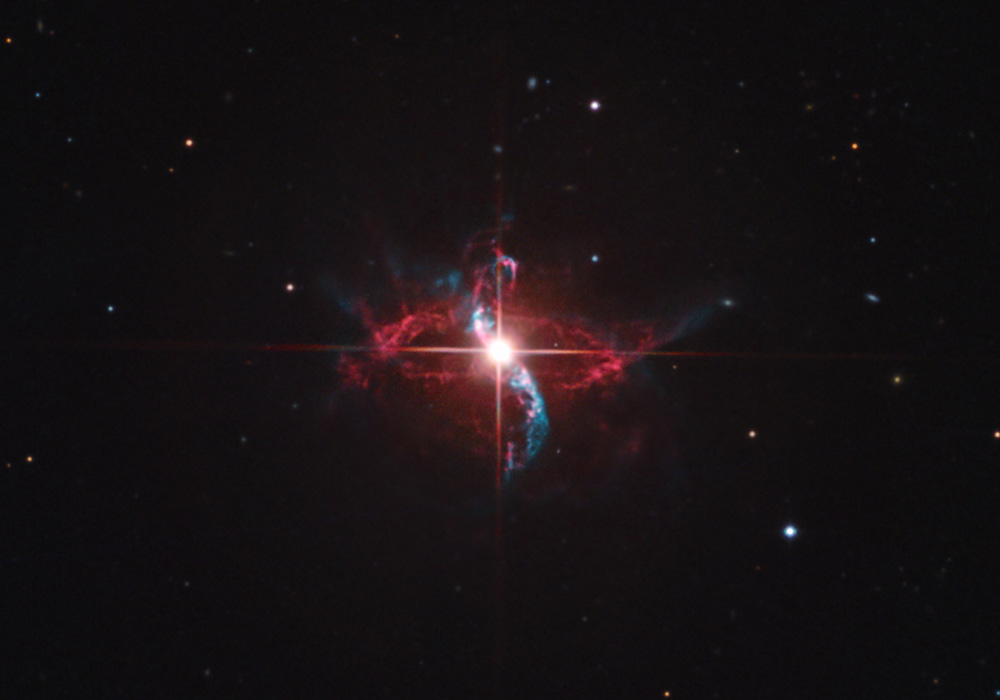