NGC 1365, also known as the Great Barred Spiral Galaxy,is a barred spiral galaxy about 56 million light-years away in the constellation Fornax. The spiral arms extend in a wide curve north and south from the ends of the east-west bar and form an almost ring like Z-shaped halo. The central mass in active galactic nucleus rotate close to relativistic Limit.

Find a comparison image of NGC 1365 taken with the 8.2 m ESO VLT telescope in visible and IR light here. 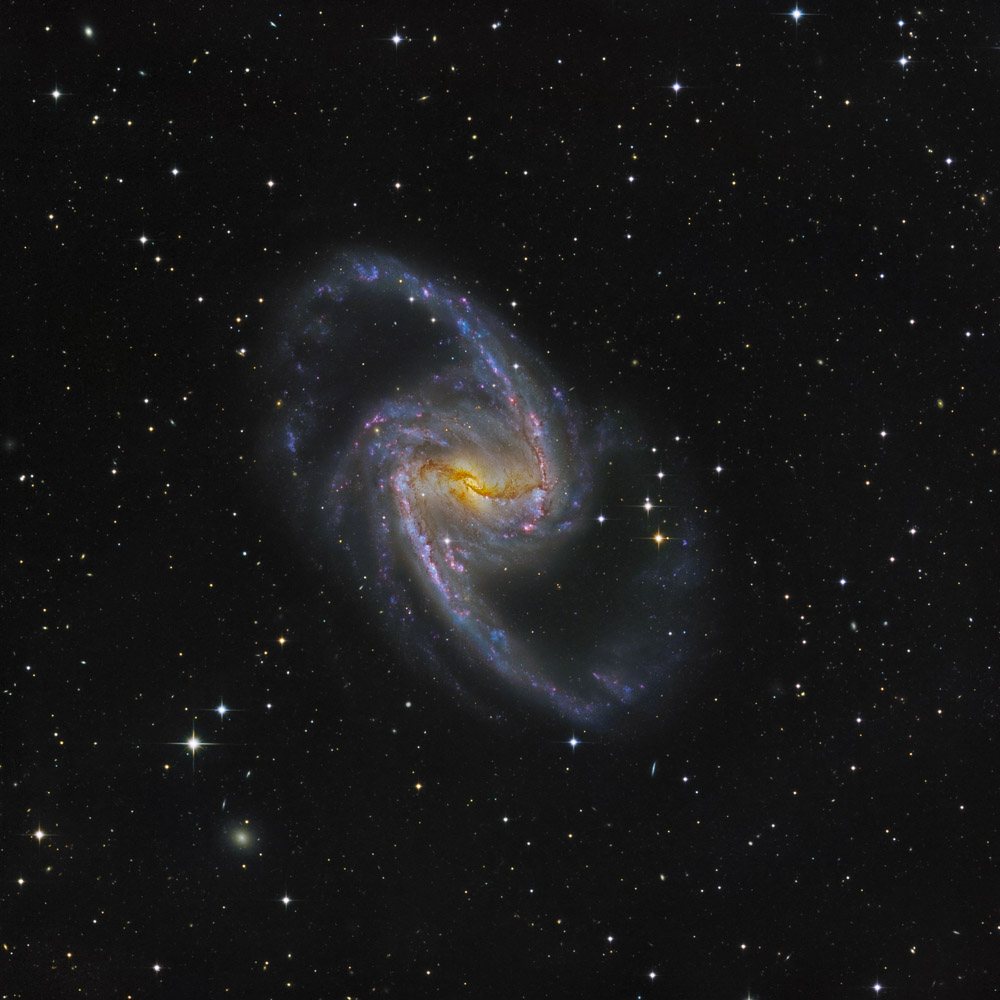