NGC2207 and IC2163 are two strongly interacting galaxies in the constellation of Canis Major.There brightness is about 12mag together with an apparently size of 4,3′ × 2,8′.

Their real distance is about 145 million light years from us and both galaxies will be completely merged in round about 1 billion vears.They even had an closer approach 40 million years ago and by now,IC2163 again escapes again  from its bigger neighbour.It is yet too small and has too little energy to escape totally from it and will be caught back again and merged with NGC2207 in the further future.There have been three supernova explosions in the past 15 years.Also there are a lot of impressive ultraluminous X-ray sources found by NASA’s Chandra X-ray Observatory.

here you can see a 85% section of the FLI´s CCD-field of view,for full resolution click into this image 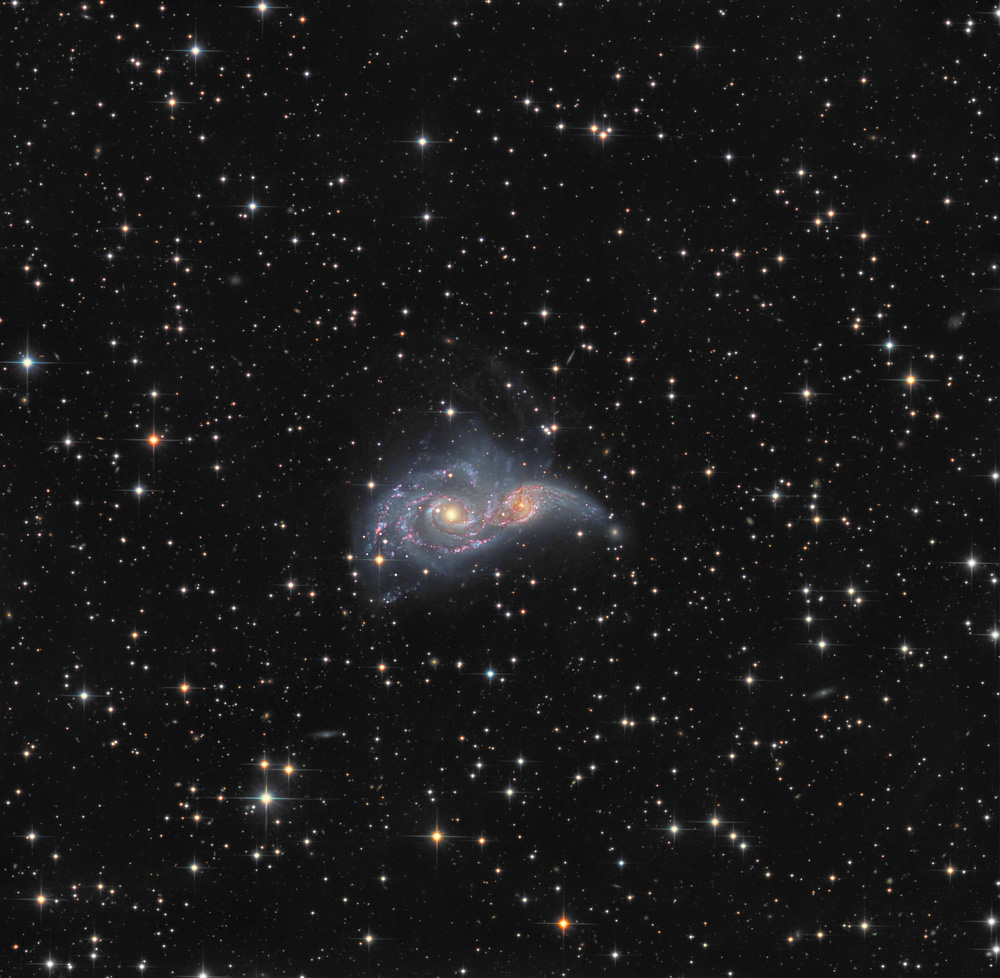 here you can see a close-up of both galaxies: 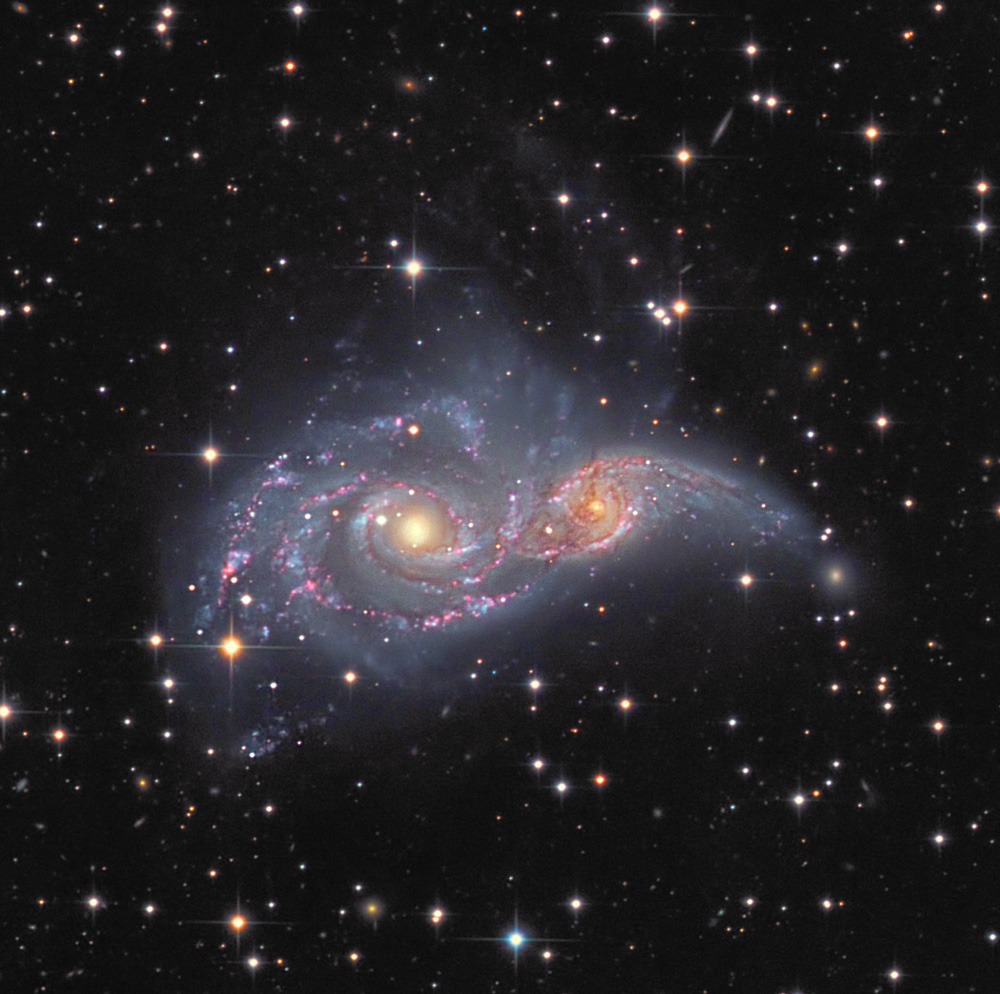 Click here for a HST picture.It could do it even better,especially in view of resolution.